Posted on May 20, 2014 by theminstrelscitadel 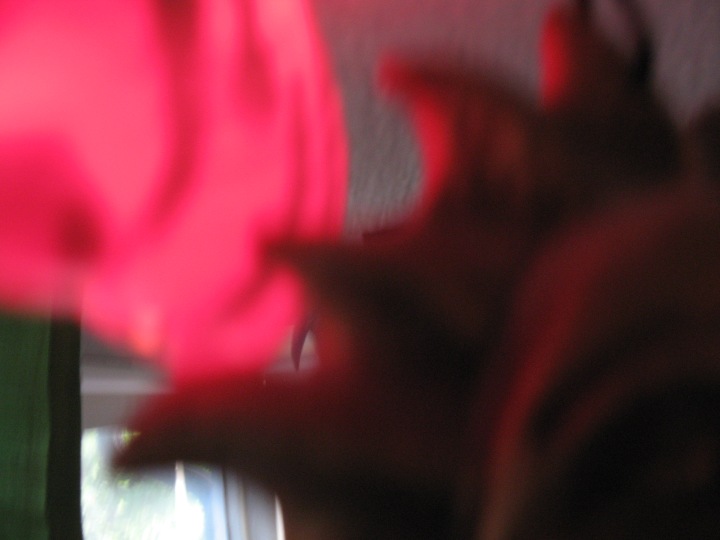 Superman dressed all in red, from your tights to the sweat
on your Neanderthal brow. No thank you, I do not want your emblem
your shield sword key or lock. Take to the sky
all on your own and my feet will find the brittle footpath
and the monkeys in the trees. These vines are perfect
for swinging and raking up dust, you would only be
unwelcome here. So, please click your heels and wish
upon a neon sign, gather up the roses that scent your breath.
Leave me to conjure a tempest on the back of these skunk cabbage leaves.

In search of courageous souls who aren't afraid to dig a little deeper and have a conversation about all manner of things. Rant, rave, debate, discuss... let's do it!
View all posts by theminstrelscitadel →
This entry was posted in Uncategorized and tagged emblem, Neanderthal, neon, red, shield, superman, sword, tempest. Bookmark the permalink.

A Mermaid Mining Words from the Wet Mountains

The blog of a french storyteller, a polish photography lover and a world adventurer, Christina Czubak.

Reports from my somewhat unusual life

Global issues, travel, photography & fashion. Drifting across the globe; the world is my oyster, my oyster through a lens.

A Library of Literary Interestingness

Color me in Cyanide and Cherry

"We did not weave the web of life, we are merely strands in it. Whatever we do to the web we do to ourselves.” ― Chief Seattle. Awestruck Wanderer is written and edited by Eduardo Carli de Moraes, journalist, philosopher and musician. Write to me: awestruckwanderer@gmail.com. Cheers, fellow earthlings!

"We're all out there, somewhere, waiting to happen."

Where observation and imagination meet nature in poetry.

Smile! You’re at the best WordPress.com site ever